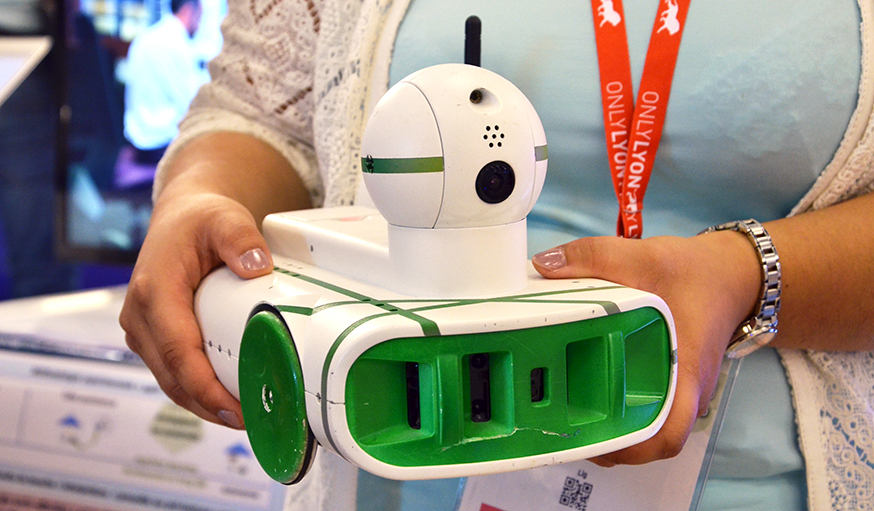 “A robot designed solely as a companion is extremely dangerous”

Véronique Aubergé, a specialist in social robotics, works at the Grenoble 1 Information Technology Department. Fascinated with language, she is studying“the way in which we forge links with machines and the nature of those links”. She wants “to establish what forges the link in spoken communication, going beyond words and the information driving them”.

With her team, she is focusing primarily on elderly individuals living in isolation. As far as Véronique is concerned, “robots could help to rebuild the social link by ‘retraining’ these people to bond with others”. Based on a protocol established in a pilot apartment, the team observed interactions between elderly people living alone and Emox, a domiciliary robot that utters a few sounds and some examples of onomatopoeia. Emox “is a voice-controlled robot” to which elderly people must give their instructions directly: “switch on the television”, “put the kettle on”. The robot “meekly” follows the person from one room to the next.

What impact does the presence of a robot have on the humans around it? What effect does an artificial voice have on the human being? How do the persons connect with the robots? How do they show this? Following the laboratory experiment, Véronique Aubergé noted that the elderly people reacted in two ways: “If the person is slightly isolated, the robot will amuse him/her and then the person will quickly lose interest. However, if the person in question is very isolated, it will take time for him/her to become interested in the robot apart from giving the few instructions. The exchange will then intensify up to the point of nurturing”.

However, the scientist is against “robot companions”: “In no way can robots replace a human presence. A robot designed solely for companionship is extremely dangerous since we do not know exactly what will happen in the interaction with humans“. In addition, “it is important that robots have a clearly defined role, which cannot be assumed by a human: home automation, as in the case of Emox, or indoor air purification”, she explained.