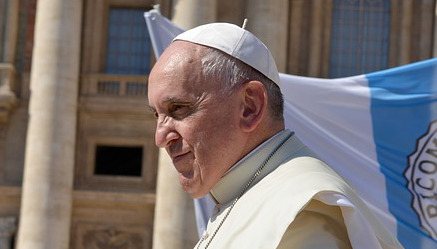 43rd annual Day for Life in Italy: “Defending life is an absolute duty”

On 2 February, Pope Francis told the world that there is an “absolute duty to defend life”. On the eve of the 43rd annual Day for Life, he addressed a delegation from the Italian Pro-Life Movement at the Vatican.

The Supreme Pontiff made an urgent appeal to those involved in politics to place at the centre of their programmes respect for all human life, from conception to natural death, deploring “mass murder“. He called on them not to let themselves be “conditioned by logic that aims at personal success or only immediate or partisan interests”, but to “look far away” and at “everyone“, with “heart“. The Pope reaffirmed that, “turning off life voluntarily in its blossoming is, in any case, a betrayal of our vocation”. If a life that is beginning is not recognised, “what remains is no longer the grateful and amazed reception of the gift, but a cold calculation of what we have and what we can dispose of”, reducing life to nothing more than a “consumer good“. This “dramatic” vision causes “much suffering“.

He declared that, “the truth of the good of life, which is a human and civil value and, as such, asks to be recognized by all people of good will“, emphasising the commitment of young people within the Church, but also calling for commitment from other sources.

Pope Francis is calling for the “regeneration of birth” in Italy, where generations are not being replaced in a country with a birth rate of 8.6‰ and a mortality rate of 10.4‰. In order for this to happen, institutions must get involved and recognise “the family unit as the maternal bosom of our society”.